Dubai’s Roads and Transport Authority (RTA) has launched the test-run of the dynamic wireless charging of electric vehicles and buses in motion using the Shaped Magnetic Field In Resonance (SMFIR) technology in Dubai Silicon Oasis. The step is part of RTA’s efforts to run green and sustainable transit means and support Dubai’s smart government drive. 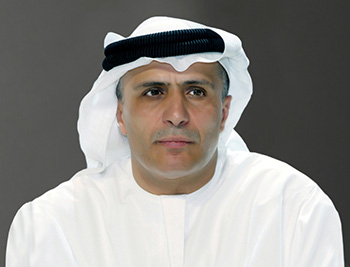 “This project is one of RTA’s initiatives to promote the use of environmentally-friendly vehicles and sustainable transport means. It complements Dubai Integrated Energy Strategy 2030, Dubai Plan 2021, and the UAE Vision 2021,” said His Excellency Mattar Mohammed Al Tayer, Director-General and Chairman of the Board of Executive Directors of RTA.

“RTA is undertaking this project, which is part of Dubai Future Accelerators, in collaboration with Dubai Electricity and Water Authority and Dubai Silicon Oasis. The initial phase covers preparing the infrastructure and laying an embedded power-charging grid underneath a 60-metre road strip at the Dubai Silicon Oasis for the dynamic wireless charging of electric vehicles and buses in motion,” he revealed.

“RTA has tested an electric vehicle and a bus on this path, and results proved a highly efficient wireless charging system comparable with the cable charging. Moreover, the electromagnetic level on board was within the accepted global range.

“The successful operation of electric vehicles using this technology and their deployment in RTA’s public transport fleet hinges largely on the availability and reliability of the charging technology. It enables seamless operation of the vehicle without any stopping at charging stations. Embedded under the road, the technology is invisible and as such has no visual pollution impact on the city. Also, it does not hamper the movement of people and vehicles like on- road cable chargers,” added Al Tayer.

“RTA is always keen on exploring the latest trends of global technology of manufacturing buses, batteries and charging systems with a view to deploying electric buses in future and providing safe, smooth and sustainable public transit means. These efforts are inspired by Dubai Government’s drive (A Green Economy for Sustainable Development); which is part of UAE Vision 2021,” he concluded.

HE Saeed Mohammed Al Tayer, MD & CEO of DEWA, said, “Our strategies and plans are inspired by the vision of His Highness Sheikh Mohammed bin Rashid Al Maktoum, Vice President and Prime Minister of the UAE and Ruler of Dubai, to make Dubai the smartest and happiest city in the world. We constantly work to provide smart services that contribute to enhancing sustainability and support the Dubai Clean Energy Strategy 2050, which aims to make Dubai the city with the lowest carbon footprint in the world by 2050. The SMIFR Shaped Magnetic Field in Resonance project for electric vehicles and buses, which is implemented by RTA in partnership with DEWA and Dubai Silicon Oasis, will support Dubai’s sustainability drive. Dubai is one of the leading cities in renewable and clean energy, and a pioneer in innovating modern techniques to rationalise the use of natural resources and find alternative solutions for conventional energy sources. This initiative will help increase the number of electric vehicles in Dubai, which is already witnessing a steady increase, especially with the Dubai Government’s interest in green mobility initiatives.

HE Saeed Al Tayer noted that DEWA has installed over 240 charging stations for electric vehicles across Dubai, with plans to increase the number to 300 by the end of 2020. DEWA has extended the free charging period for electric vehicle until the end of 2021.The incentive applies to non-commercial users who register for the EV Green Charger initiative and is exclusive to DEWA’s public charging stations. 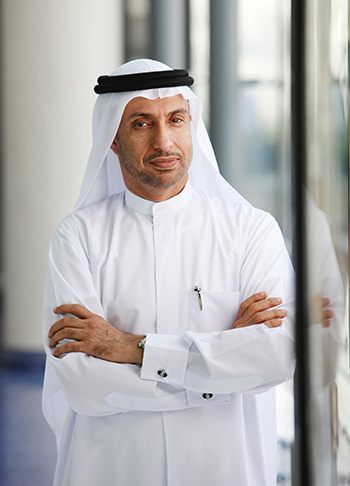 Dr Mohammed Al Zarooni, Vice Chairman and CEO of Dubai Silicon Oasis Authority said: “Smart mobility development is one of the six main pillars of Dubai’s smart city strategy, in line with its efforts to be the smartest city in the world. In this context, (DSOA) is committed to its strategic partnership with the Roads and Transport Authority (RTA) on the testing and implementation of several projects and initiatives in the smart mobility field.

He added: “Our cooperation with RTA and Dewa on the wireless charging project for electric vehicles and buses with MRI technology, marks a major milestone in the shift towards a future of technological innovation, in a bid to offer Dubai’s residents the most advanced smart services as part of the emirate’s strategy to be the best place to live.

Al Zarooni added that Dubai Silicon Oasis is the preferred home to a raft of international companies and global experts from different sectors including, advanced technology, artificial intelligence, the Internet of things and smart mobility, DSO has become a global test-bed for the latest smart technologies and a hub for continuous innovation and new ideas that will serve humankind in the future, and which sits neatly in line with the National Strategy for Advanced Innovation and the UAE Strategy for the Fourth Industrial Revolution.

It is noteworthy that RTA has recently endorsed an initiative, the first of its kind worldwide, for converting 90% of Dubai limos into environmentally-friendly (hybrid-electric) vehicles by 2026. RTA has also made significant progress in converting 50% of Dubai Taxis into hybrid vehicles by 2021. It has also launched the trial run of the first electric taxi powered by hydrogen fuel cells as part of the Dubai Taxi fleet.

INVEST IN THE RIGHT PLACE